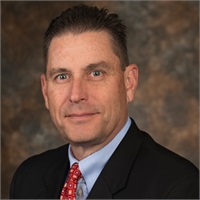 Tony has been with Baird since 2004. His background is in qualified plans, benefits, business succession and financial planning. As an administrator and business owner for multiple companies over a 23-year period, he understands the problems that can arise for owners and administrators and works to design and implement the best solutions.

Tony is a 1981 graduate of the University of Louisville, Speed Scientific School with an AAME of Mechanical Engineering degree.

He continued his education beginning in 2005 by earning the Accredited Asset Management In 2017, Tony became an Accredit Investment Fiduciary Analyst (AIFA) through the University of Pittsburghs', Joseph M Katz School of Business and Center for Fiduciary Studies.Specialist (AAMS®) designation from the College of Financial Planning. In 2006, Tony became a Chartered Wealth Advisor (CWA®) through The Academy of Multidisciplinary Practice accredited by the Estate & Wealth Strategies Institute of Michigan State University. In 2007 he completed the Accredited Investment Fiduciary (AIF®) Program at the University of Pittsburgh, Joseph M Katz School of Business and Center of Fiduciary Studies. In 2012, Tony completed The Securities Industry Institute at The Wharton School of Business, University of Pennsylvania.

Contact Tony for a consultation in Business Services, including Business Valuation Analysis, Succession Planning, Retirement Planning, and Investment Banking opportunities for the acquisition and sale of a business.